Built on the site of former Martello Tower No 46, which was demolished in 1870, this Grade II listed building was opened by the 1st Earl Brassey on 24th July 1911. It is a good example of a seaside sheltered structure for outdoor concerts and performances. The building is a large and elaborate Classical style structure with well-proportioned columns, balustrading and two storey pavilions. The inscription on the central bay frieze of the building reads: Erected MCMXI – King George V – Coronation Year. (King George V’s Coronation Day was 22nd June 1911). At that time Mr J B Wall, FRIBA, was a distinguished local architect and Alderman J A Paton, JP, was the Mayor of Bexhill; both of their names can be seen on the eastern and western bay friezes respectively. A raised bandstand once stood in the centre of the ground floor with an outside walkway that projected out over the beach; both have since been lost. The Colonnade underwent significant restoration during 2011 – 2012 which included the development of retail and catering facilities. 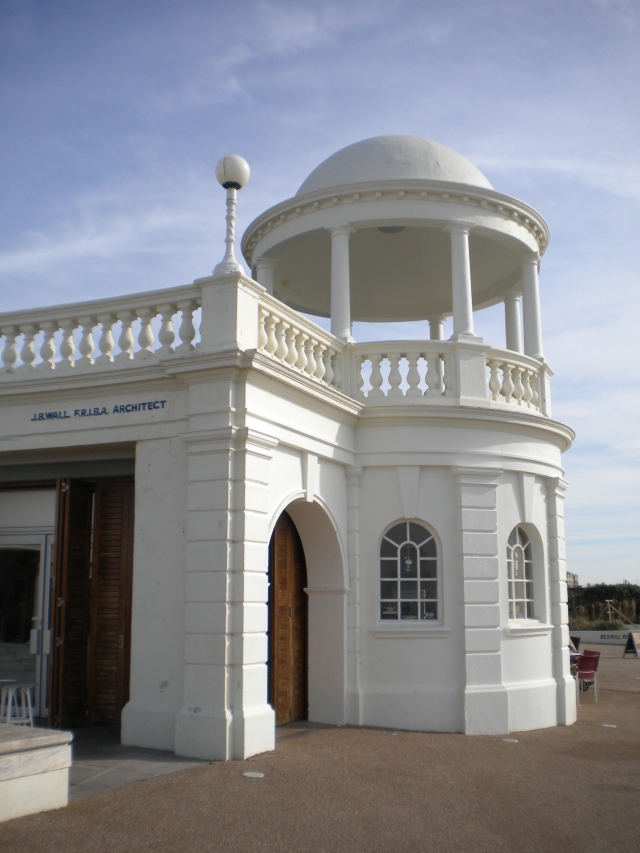