Maharajah of Cooch Behar’s Memorial Fountain sited on the coastguard station behind the Colonnade. Photo courtesy of the Curator, Bexhill Museum.

Following the death of the Maharajah of Cooch Behar in Bexhill on 18th September 1911, a memorial fountain was subsequently erected on the coastguard station behind the Colonnade. It was designed by Royal Doulton in glazed stoneware and stood 4.2 metres high. Details of the inscription which can just be seen above one of the drinking alcoves are uncertain but a local newspaper described the wording as “appropriate”. Above the inscription is the coat of arms of Cooch Behar. In brilliant sunshine the fountain was unveiled on 18th September 1913 by the Maharajah’s second eldest son, Maharajah Jitendra. As a consequence of the building of the De La Warr Pavilion, opened in 1935, it was necessary to move the fountain to Egerton Park. It was situated in a small plot just to the east of the present-day access slope from Egerton Road. The fountain subsequently became damaged, especially by frost, and was removed for restoration during 1963. It was then stored for a while at Bexhill Cemetery but afterwards its whereabouts became unknown. 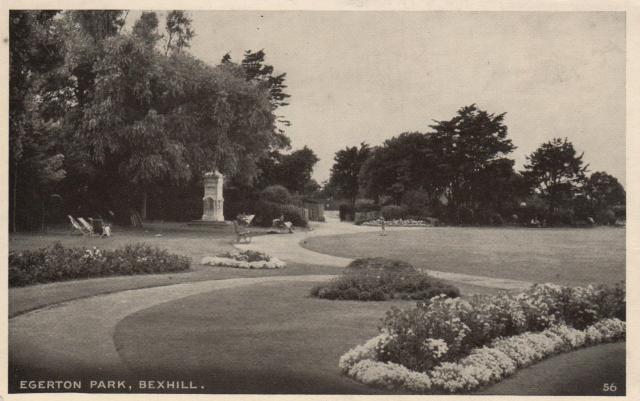 This entry was posted in Uncategorized and tagged Colonnade, Egerton Park, Maharajah of Cooch Behar, Memorial Fountain. Bookmark the permalink.